A glimpse into the global property market

Despite prolonged disruption from COVID-19 and widespread economic uncertainty, the last 12 months has resulted in a record-breaking year for property in some of the world’s most sought-after cities. As economies reopened, pent-up demand from extended lockdowns, compounded by low supply and record low interest rates, led to soaring demand and surging prices. But, as we’ve seen in the Australian market, rising interest rates and cost of living concerns are beginning to impact markets in key cities around the globe.

New York’s reputation as the centre of everything from fashion and food to finance and business, ensures real estate in The Big Apple has a rosy future. Despite battling a devastating period early in the pandemic, New York City property prices remained high in the first half of 2022. As homebuyers flocked back to Manhattan post the pandemic exodus, sales reached a record $7.3 billion in the first quarter of 2022, building on a solid upward trajectory over the past decade that has seen an increase of 102 per cent according to the Global Property Guide. New York is particularly appealing to overseas investors due to a lack of additional controls or taxes. 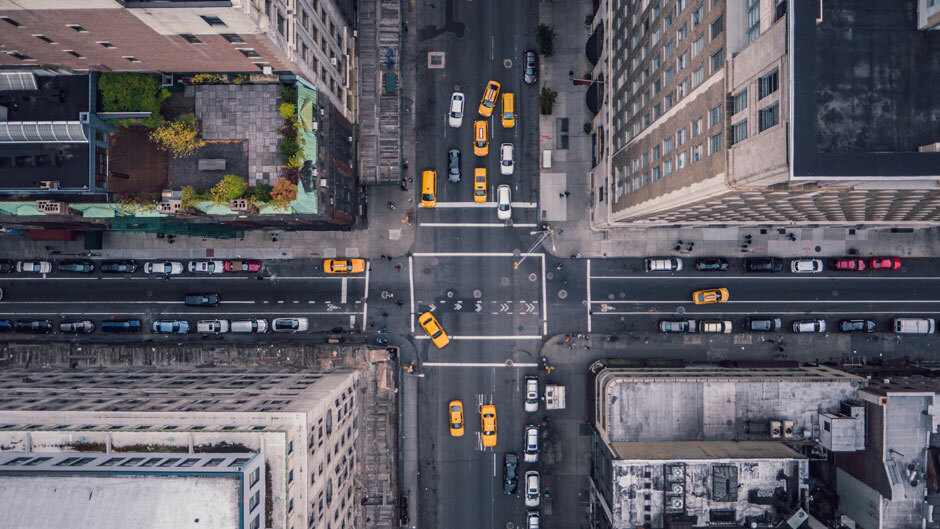 Dubai has traditionally been one of the world’s most volatile property markets.

In 2008 the city was rocked by the global financial crisis and property prices plunged by about 50 per cent. The outlook has been much brighter in recent years, with the market bouncing back due to government initiatives such as residency permits for retirees and remote workers, and the expansion of the golden visa offering long-term residency to investors, researchers, professionals and students. The value of property deals in 2021 more than doubled, breaking a 12-year record, and average prices were up 10.7 per cent in the 12 months to February this year, according to CBRE.

Despite inflation reaching a 40-year high of 9 per cent in May, crushing cost of living concerns, and increasing interest rates, the London property market has performed well in 2022. Prices increased by 12.57 per cent in the year to May, and 60.26 per cent over the past decade, according to the Global Property Guide. But whilst the post-lockdown race for space and the city’s enduring cosmopolitan appeal continues to drive demand, experts predict growth has peaked. The London market looks set to slow as the effects of the end to the stamp-duty holiday and the easing of pent-up post-pandemic demand begin to bite. 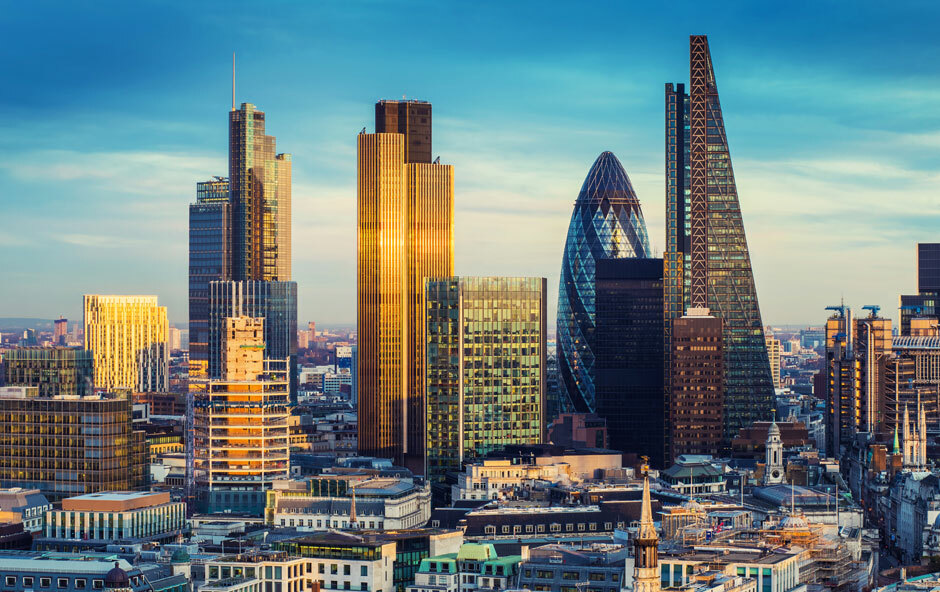 After a record-breaking 2021, and five-year growth of 27.2 per cent, prices in Paris have begun to level, heralding a return to a more measured pace for the City of Lights. With no restrictions on foreign ownership in France, the city remains an attractive proposition for overseas investors. And due to the dominance of long-term fixed-rate mortgages in France, where 87 per cent of new housing loans are fixed for 10 years, mounting global interest rate pressures are unlikely to have the same destabilising effect in Paris as elsewhere around the globe.

Italy’s housing market has never fully recovered from the 2008–09 global financial crisis and the COVID-19 pandemic was a blow to an already weak economy. Italy’s GDP plunged by close to 9 per cent in 2020 – the worst decline since World War II. However, despite the gloom prices in the Eternal City are stabilising, according to recent statistics by Global Property Guide. This has been buoyed largely by the luxury end of the market, which enjoyed a strong rebound in the second half of 2021. Experts predict a more measured trajectory, inching upwards through most of 2022 – particularly in the larger, three- and four-bedroom segment of the market. For overseas investors, Italy’s reciprocity laws, which impose the same restrictions on foreign buyers as an Italian citizen would experience in their country, can make buying without a valid permit of residence tricky.

Prices in the island city-state have been steadily increasing over the past decade, with the Global Property Guide showing an increase just shy of 19 per cent. The spike has largely been led by lower interest rates, limited supply and strong demand. However, the Singaporean Government tightly controls the market and has introduced a raft of cooling measures. These include tightening total debt servicing, reducing the loan-to-value ratio, and raising stamp duty for second and subsequent property purchases to 17 per cent for locals and 30 per cent for foreigners. Whilst there are no limitations on foreigners buying private apartments and condominiums, government approval is required to buy landed residential properties. 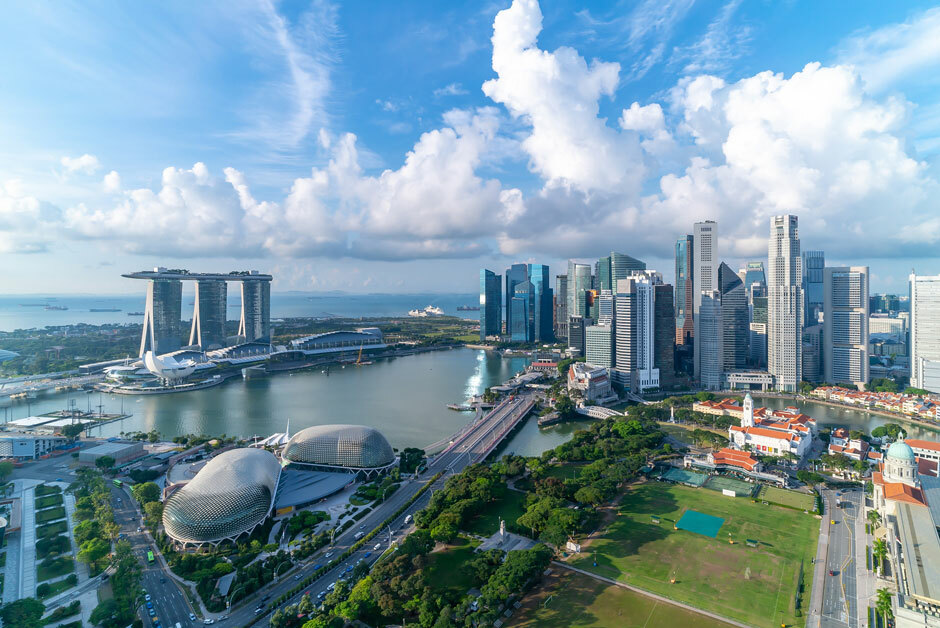 The pandemic continues to wreak havoc on China’s second-largest city and the country’s financial hub, with frequent lockdowns and a government clampdown on excessive developer borrowing pushing prices down and curbing investment. Since the beginning of the year, moves to boost demand have been put in place, including cuts to mortgage rates, smaller deposits and subsidies, and these are expected to ease the downward pressure on prices. However, the government’s strict regulations banning foreigners from owning land or commercial property, or leasing property, continue to limit Shanghai’s appeal for overseas investors. 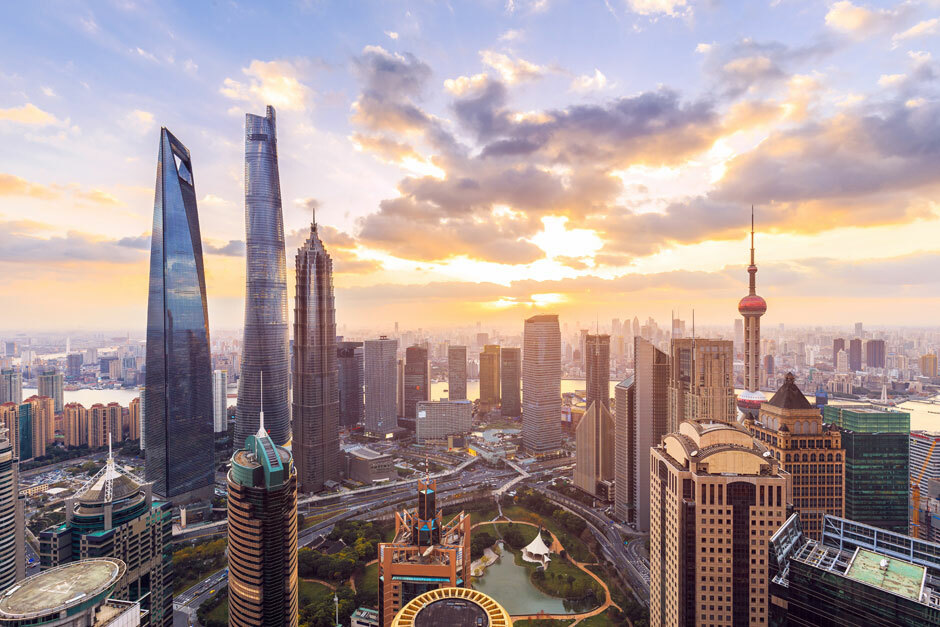 With a population of about 37 million people, Greater Tokyo is the most populous region in the world, placing a premium on property in the city. Land scarcity, the government’s decade-long low interest rate policy, and pandemic trends towards larger accommodation have put further upward pressure on prices. The cost of new apartments in Tokyo toppled a 30-year-old record in 2021, reflecting a 10-year trend that has seen prices balloon by 69 per cent. The growth continued through early 2022, with gains of 11 per cent to May. As one of the few Asian countries where foreigners can own land on a freehold basis, Japan has enduring appeal to overseas investors. 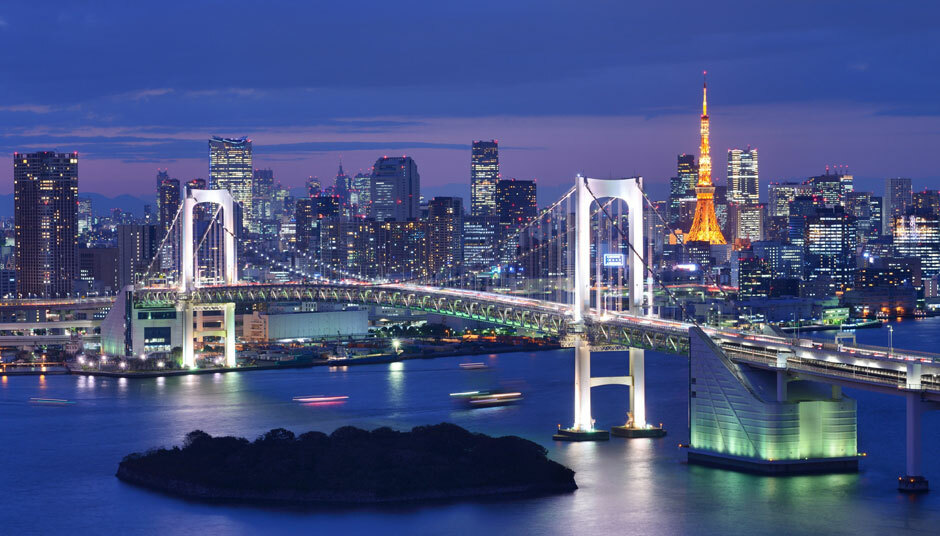 The Sydney property market has been a strong and consistent performer in recent years, recording price increases of more than 40 per cent over the past decade. In 2021, values rose in almost every sector of the Sydney market, by up to 24 per cent in some suburbs. Experts say the pace of capital gain now looks to have peaked, as affordability constraints are felt. This signals a move to a more normal, segmented market, with prices rising in some sectors and languishing in others. 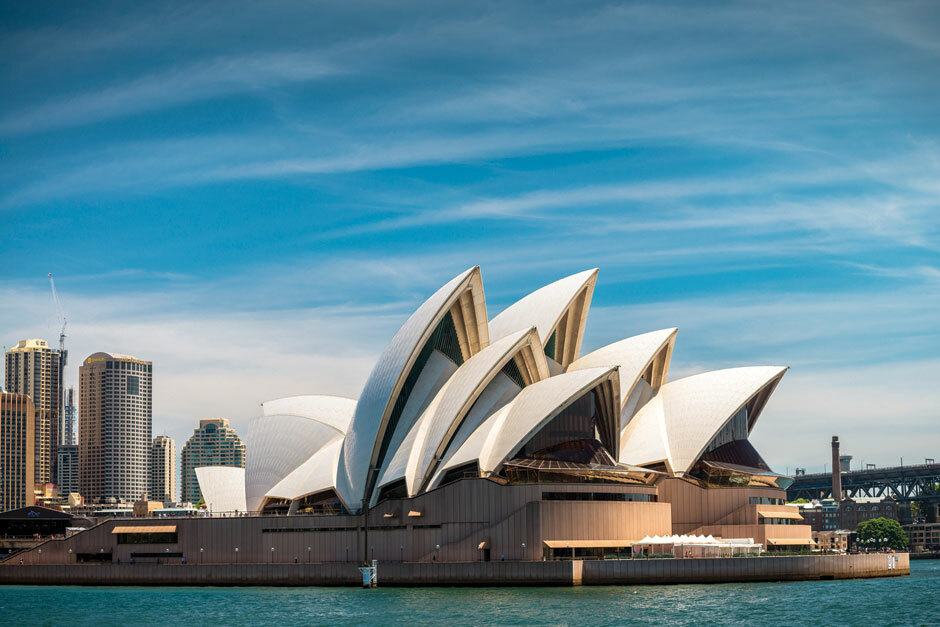 Toronto house prices have accelerated significantly in recent years, gaining 102.6 per cent over the past decade. Whilst apartment prices have not kept pace, experts say this trend is set to change as potential home buyers who are unable to afford a detached house consider other options. Despite the bullish growth, the market has shown signs of cooling in recent months. Price drops were recorded from April off the back of an interest-rate hike in March – the first since October 2018. Rates were increased again in April and more are on the horizon. Local regulations to limit how people can build on their land, and inflation in the home construction market, are likely to further impact the property market. 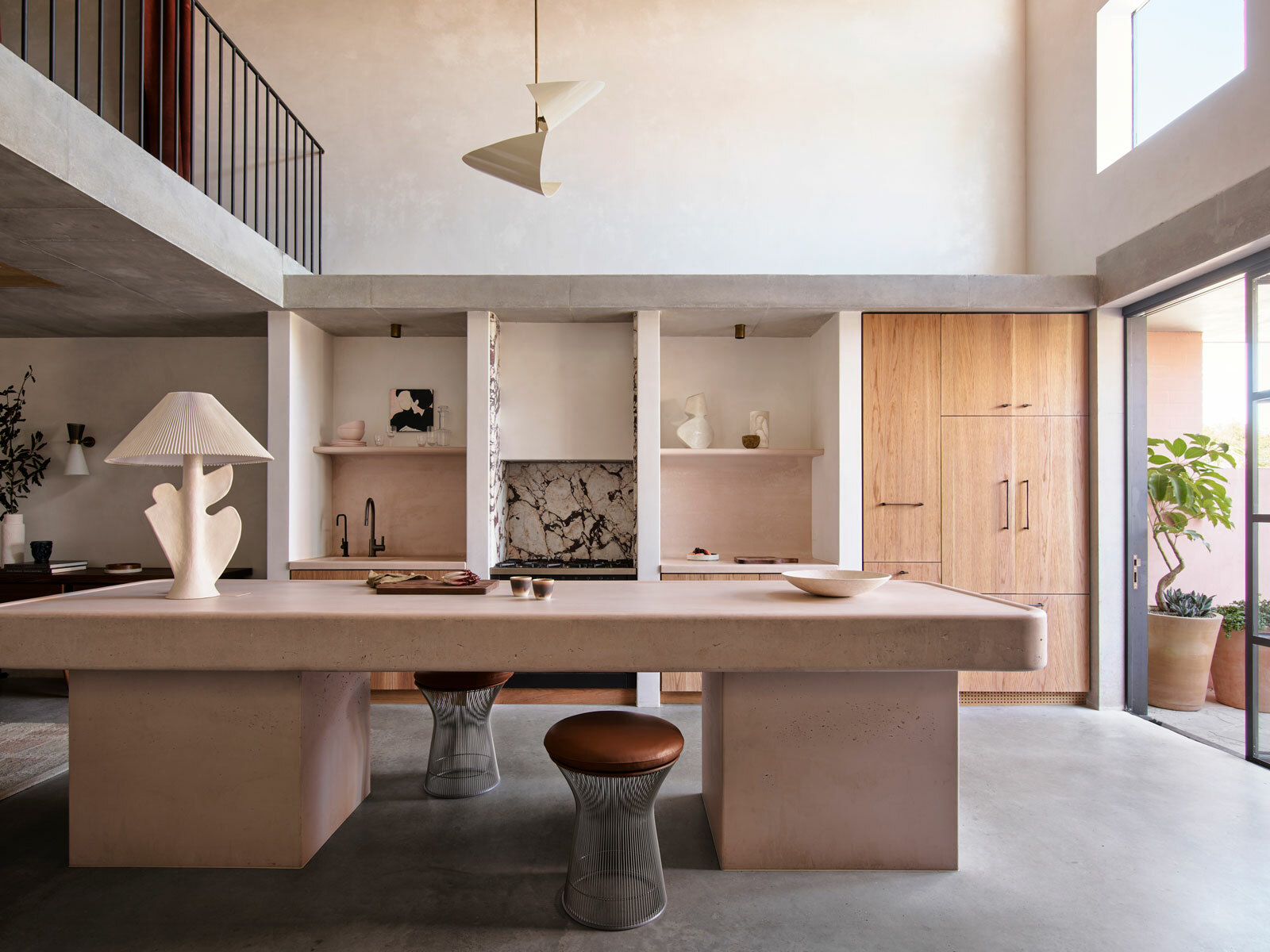